One of my favorite bloggers, Aylee from Recovering Potter Addict posted a super fun survey the other day. I don't usually do these things, but I really enjoyed the questions. 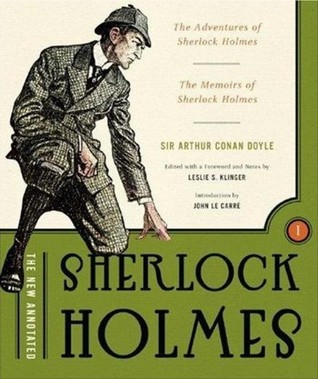 Not sure what my most inexpensive book is. I have lots of ARCs, which are free - but I had to pay to travel to New York City for most of them - so free is a relative term. 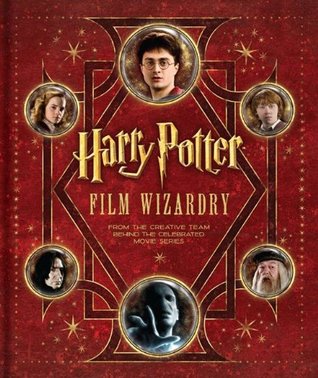 Most expensive? That would be one of two. I recently bought the New Annotated Sherlock Holmes, vols. 1 and 2 by Leslie S. Klinger. They are huge tomes. I love all the extra information they provide about each Sherlock Holmes story. It puts things in context. Also, for those interested in Sherlock trivia, Mr. Klinger was the successful plaintiff in the recent lawsuit against the Arthur Conan Doyle estate over copyright rights in the U.S.

The other expensive book I own is Harry Potter: Film Wizardry by Brian Sibley. It's a really detailed books about all the Harry Potter films (if you couldn't guess from the title).

2. Wrath - What author do you have a love/hate relationship with?

I also have two answers for this one. First, like Aylee, is Cassandra Clare. I love The Mortal Instruments and His Dark Artifices series. If I want to poke holes in them, I could, but they are well-written, touching, and incredibly addicting. However, I always have in the back of my mind the extensive plagiarism scandal over her Harry Potter fan-fiction that got her banned from fanfiction.net. I've never read the stories so i'm going purely of third-hand information, but it seemed like some blatant lifting of material.

My second author is Stephenie Meyer. My obsession with Twilight is not what it used to be, but it still holds a fond place in my heart. I feel like Stephenie has made some somewhat disparaging comments about Twilight recently, and it bothered me. She claimed it was taken out of context, and it probably was, but like I said in my "Did Stephenie Meyers Diss Twilight" post, she should have known better. If she wants to play in the big boy world of Hollywood, she needs to have some better media training and take care not to say things that can be misconstrued. I also understand why she might want to distance herself that has been hated on for years (while she sits back and counts her money though). But as someone who stuck with Twilight long after it was cool and long after most fans were ridiculed as Twi-hardy idiots, I'd like her to be a little more forthcoming with her support for a series I loved.

3. Gluttony - What book have you devoured over and over with no shame?

See above...Twilight!!!! I'd like to say that I feel no shame about loving this series, but alas, I can be weak when it comes to peer pressure, so I often keep my Twilight love to myself, apart from blogging. Something I definitely feel no shame about is reading and re-reading the Harry Potter series. I read the entire series every autumn. I can't wait to get started! This will be the sixth or seventh year that I've done it.

4. Sloth - What book have you neglected reading due to laziness?

Practically any classic. I'd love to read some of the really tough ones, like Ulysses by James Joyce or Infinite Jest by David Foster Wallace or Moby Dick by Herman Melville, not because I think I'd enjoy them, but because I would feel more edified. Although I've read other books by Herman Melville, and I'd rather stab myself in the eye than have to endure Moby Dick. I also have to agree with Aylee, that I have skipped Game of Thrones thus far because it seems like too much to handle, even though I'd really like to read them.

5. Pride - What book do you talk about most in order to sound like an intellectual reader?

Probably Jane Austen's books. I also re-read Pride and Prejudice every year, so I know it well enough to talk about it in detail. Also, I will raise Harry Potter in literary discussions and talk about its literary merit. Even though they're technically childrens' books, you can have incredibly detailed conversations about it. Especially the last three novels in the series, which are no longer childrens' books in my opinion.


6. Lust - What attributes do you find attractive in male or female characters?

For both boys and girls, I prefer layered characters, who make mistakes but also grow throughout the novel.

For boys specifically, I like nice guys. There can be something sexy about the alpha male, take charge, 'I must protect my woman' kind of man, but I am kind of tired of that stereotype. I much prefer guy characters who I would be attracted to in real life: nerdy, quiet, a little awkward and goofy, kinda skinny/scrawny, but most of all kind.

For girls, I like strong characters, but not too strong. I think many authors are afraid that their female lead will be a wilting flower, so they make her so aggressive (like Rose in Vampire Academy) that she feels unrealistic. It's why I prefer Sydney in Bloodlines over Rose in Vampire Academy. Sydney is just as strong and forthright as Rose but in a more subtle way.

7. Envy - What book would you most like to receive as a gift?

Oh, I don't know. Usually if I want a book, I either buy it myself or get it from the library. I don't get books as gifts very often anymore since people are always afraid that I've already read something. I think I'd prefer to be gifted bookish-related things. Especially the crafts you can find on Etsy. They're so incredible!

I'm supposed to tag people, but I don't like making people feel compelled to do posts like these. It reminds me of those chain letters you used to see all the time that threaten all sorts of disasters if you don't forward the letter to 5 million people. So feel free to post your answers to these questions on your blog and/or in the comments. If you do your own post, link to it in my comments. I'd love to read your answers!
Posted by Alison Can Read at 1:03 AM