I always look forward to the arrival of my Quarterly Book Riot box. This was the second issue of the YA version of their regular Quarterly Box.

Book Riot is a very popular book blog and now has TWO Quarterly book related boxes. For $50 (each box costs $55 with shipping), they will send you a box filled with books and book related items every quarter. The YA box is obviously YA related, but the non-book items aren't really kiddish. They appeal to people of all ages. But at the same time, they aren't obviously adult - like a book related flask, which I received in the general box. The general box has adult books of all different genres (even a Ms. Marvel trade one time) and fun bookish items.

I'm a sucker for all things bookish, so I'm subscribed to both boxes. That means $110 every quarter. At some point that may become too much, and I'll have to pick one. I think I would probably keep the Adult one over the YA, despite that I read lots of YA. But in the meantime, I'm excited to see what both boxes have in store!

Here is the box and its contents: 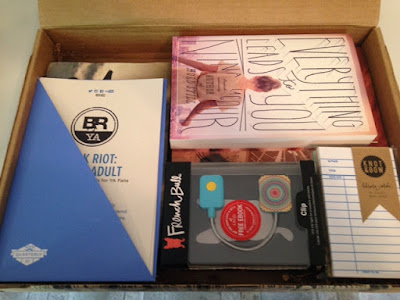 What I saw when I opened the box. I love how it's packaged. This box was longer and thinner than previous boxes. 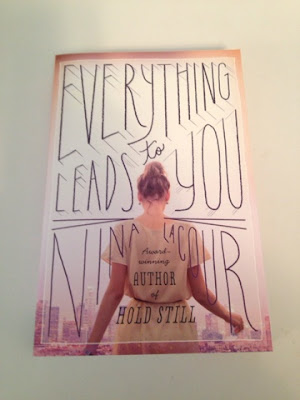 I've heard a little about this book and have always meant to read Nina LaCour. Here's a book description:

A wunderkind young set designer, Emi has already started to find her way in the competitive Hollywood film world.

Emi is a film buff and a true romantic, but her real-life relationships are a mess. She has desperately gone back to the same girl too many times to mention. But then a mysterious letter from a silver screen legend leads Emi to Ava. Ava is unlike anyone Emi has ever met. She has a tumultuous, not-so-glamorous past, and lives an unconventional life. She’s enigmatic…. She’s beautiful. And she is about to expand Emi’s understanding of family, acceptance, and true romance. 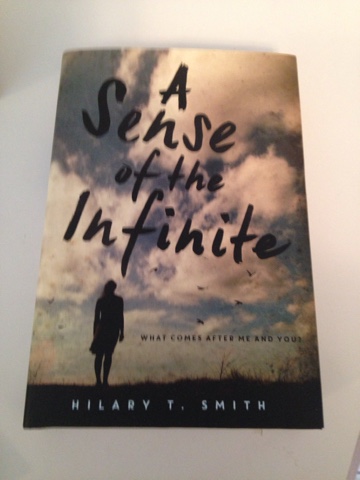 I know nothing about this book but it sounds interesting. Here's the synopsis:

It’s senior year of high school, and Annabeth is ready—ready for everything she and her best friend, Noe, have been planning and dreaming. But there are some things Annabeth isn’t prepared for, like the constant presence of Noe’s new boyfriend. Like how her relationship with her mom is wearing and fraying. And like the way the secret she’s been keeping hidden deep inside her for years has started clawing at her insides, making it harder to eat or even breathe.

But most especially, she isn’t prepared to lose Noe.

For years, Noe has anchored Annabeth and set their joint path. Now Noe is drifting in another direction, making new plans and dreams that don’t involve Annabeth. Without Noe’s constant companionship, Annabeth’s world begins to crumble. But as a chain of events pulls Annabeth further and further away from Noe, she finds herself closer and closer to discovering who she’s really meant to be—with her best friend or without. 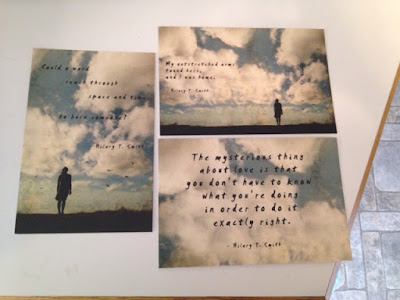 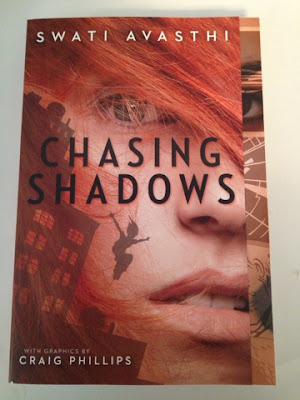 I've meant to read Swati's books forever. I even met her at a conference and thought she was super-nice. This book sounds really, really good. I love that it has a graphic novel element to it. Here's the synopsis:

Before: Corey, Holly, and Savitri are one unit—fast, strong, inseparable. Together they turn Chicago concrete and asphalt into a freerunner’s jungle gym, ricocheting off walls, scaling buildings, leaping from rooftops to rooftop.

But acting like a superhero doesn’t make you bulletproof…

After: Holly and Savitri are coming unglued. Holly says she’s chasing Corey’s killer, chasing revenge. Savitri fears Holly’s just running wild—and leaving her behind. Friends should stand by each other in times of crisis. But can you hold on too tight? Too long?

In this intense novel, Swati Avasthi creates a gripping portrait of two girls teetering on the edge of grief and insanity. Two girls who will find out just how many ways there are to lose a friend…and how many ways to be lost. 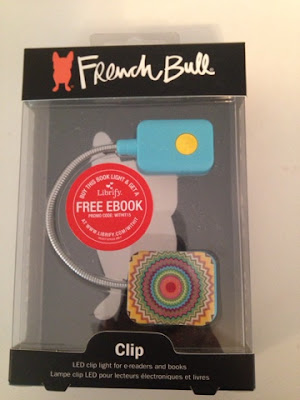 I could always use an LED light. Especially when reading in bed after my husband goes to sleep 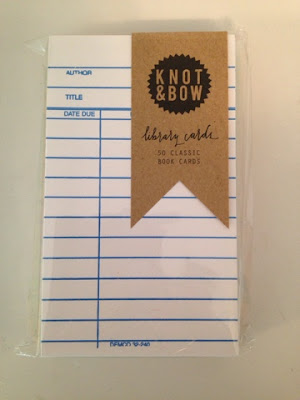 Cute little old fashioned library cards,
Posted by Alison Can Read at 12:00 AM