Because I am lazy, I am just now posting my follow up to BEA. My second year at BEA was just as fun as the first. More fun actually, because I knew what I was doing and had friends from last year. It's really one of the coolest events of the year and I'm so lucky to be able to go.

I tried to be more discriminating this year and for the most part I was. My final book count was 61, about 20 less than last year. 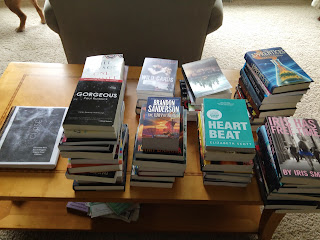 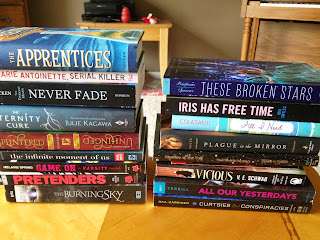 Group one: especially excited for These Broken Stars! 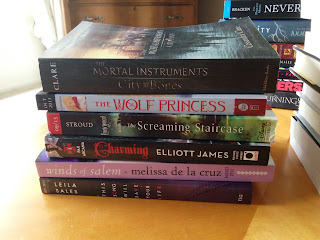 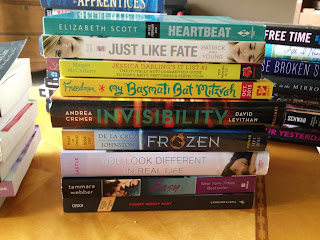 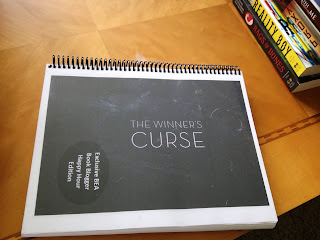 A very early copy of a book that will be published by MacMillan. People are raving about it. 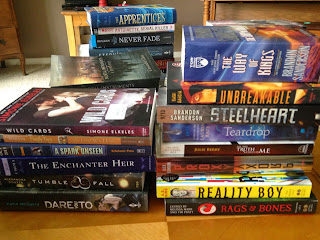 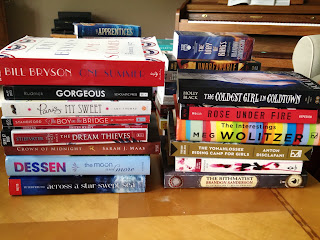 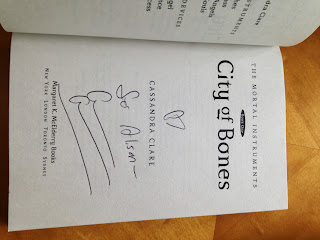 As fun as it is to get free books and meet authors, seeing my blogging friends is probably my favorite part of BEA. It's funny how people you only know from the Internet can become real life friends! 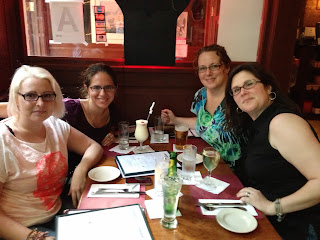 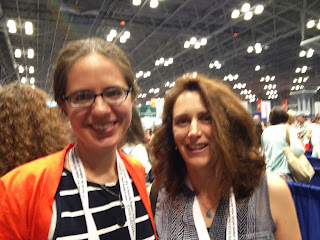 Me and Karen from For What It's Worth 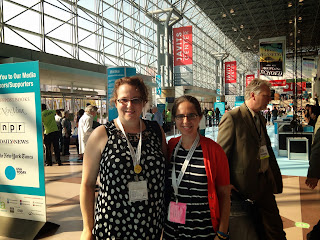 Mary from Bookswarm and me 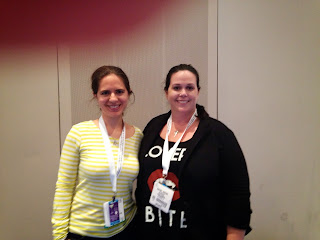 Me and Rachel from Parajunkee. First time meeting!

I also hung out a lot with my good buddy Jenny from Supernatural Snark again this year, but forgot to get a picture. I also had a great time chatting with Kat and Jess from Books and Sensibility, Bailey from IB Book Blogging, and lots more.

Who doesn't love meeting so many cool authors! 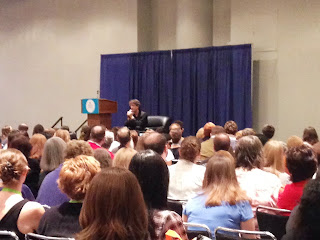 Neil Gaiman from a distance. I didn't get to meet him, but his talk was awesome. 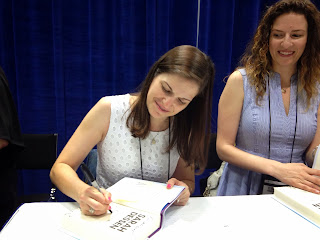 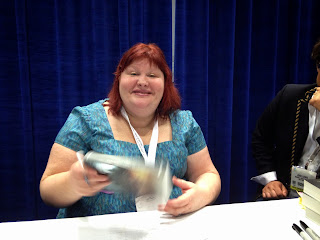 Cassandra Clare. Not the best picture unfortunately. There wasn't much time. 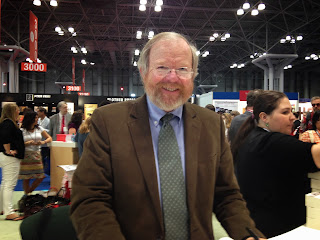 Bill Bryson, one of my all time favorite authors 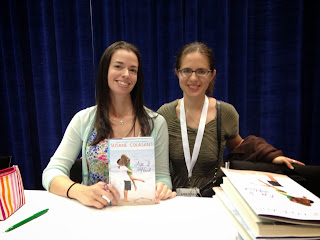 Susane Colasanti, who is super nice 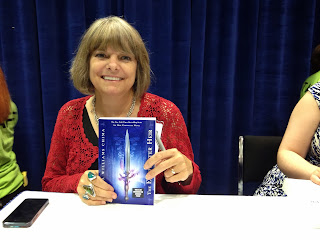 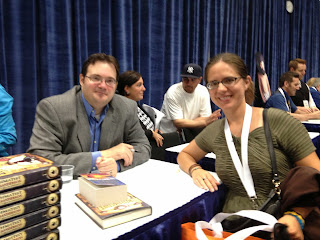 Brandon Sanderson and a bad picture of me 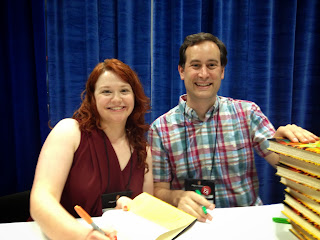 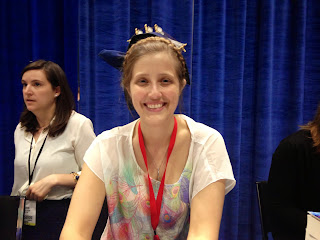 There's always a cadre of celebrities who come to BEA to hawk their latest book. They usually don't sign actually copies of the book, but rather a sample or a poster. I didn't wait in line to meet any of these people. I don't really like most of them, but it's fun to walk by, snap a picture, and post it up on Facebook. 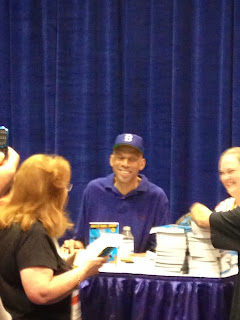 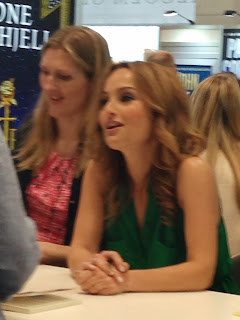 Giada De Laurentiis, who I resent for having such a hard-to-spell name 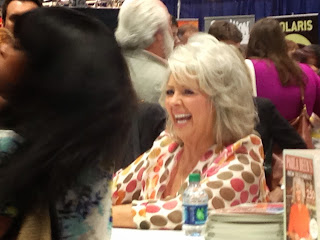 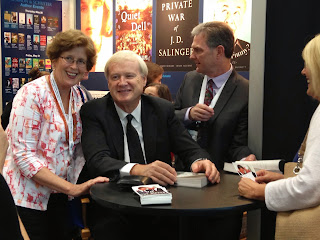 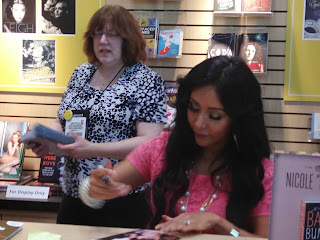 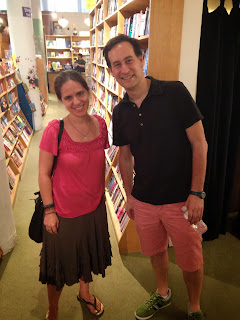 Me and David Levithan
(notice that I'm wearing flip flops. I probably walked 10 miles in those flip flops that day, because it was too hot to wear my jeans and boots)

I spent three extra days in New York City after BEA being a tourist. On Sunday, I walked into the fabulous children's bookstore Books of Wonder around 6 pm. Unbeknownst to me, an author signing had just finished up. The authors and a few readers were milling around the back of the bookstore chatting. There were numerous cool authors there, but David Levithan - the author and editor extraordinaire - was the one I was most excited to see.

I had gotten Invisibility signed by him at BEA, but hadn't really met him or gotten a photo with him. So I loitered around the book of the room watching him talk to someone, waited until a lull in their conversation, and walked up to him. I awkwardly introduced myself, told him how much I loved Will Grayson, Will Grayson and Everyday, and asked if I could get a photo with him. I'm sure he thought I was a weirdo, but he was nice and agreed. So I had my celebrity moment in New York City with David Levithan!
Posted by Alison Can Read at 12:00 AM