In honor of the Royal Wedding, I'm posting a few brief reviews of books about the British monarchy that I've read in the past few months. I am fascinated by the royals and want to read more and more about them.

-BTW...I thought Kate Middleton's dress was one of the prettiest I've ever seen what did you think? 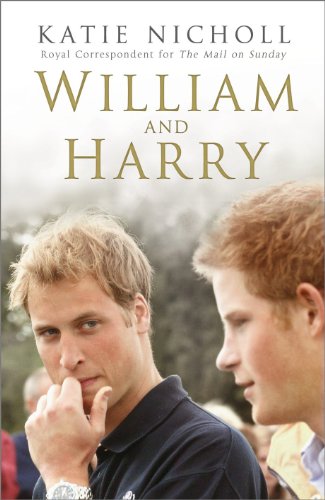 William and Harry by Katie Nicholl

Published just before William and Kate announced their engagement, this book chronicles the lives of the two princes. It details their childhood with stories such as Harry's practical jokes at Eton and their relationship with their parents. Lots of time is spent on their love lives - William and Kate and Chelsey and Harry. Plus, their respective exes. The writing's not the best - the author had an irritating habit of inserting herself into the story. Of the two biographies however, I preferred this one. It had a positive tenor. With both books I was left with the impression that William and Harry were very privileged young men who had lived hard lives in many ways. After reading this book, I felt that despite their royal statuses, their penchant for partying hard, and occasionally doing stupid things, they were fairly normal guys who I might like to spend time with (William at least).

William and Kate by Christopher Andersen

A thorough biography of William and Kate and their relationship. I read this after reading William and Harry. There wasn't a huge amount about William in there I didn't already know (except that he's a smoker!), but I loved the information about Kate. I'd also read a lot of it before, but there was more detail. It was an easy, page-turning read. I have two problems with it. First, it contains a lot of quotes that I assume Andersen creatively added (an annoying tendency of biographers). I highly doubt Andersen knew exactly what Kate said to her mom while they were watching Princess Diana's funeral. Secondly, it left a bad taste in my mouth. Much time was spent on Kate's mom's ambition to raise her family's status, as well as how Kate calculated to keep William. I'm sure the was some truth to this, but I don't think it was so simple or that her mom was so one-dimensional. There was also lots of focus on William's partying and his habit to paw random girls when he's stressed and really drunk. While I'm sure there's also truth to this and Andersen also points out lots of good points about William, I thought it was unbalanced toward salacious gossip. Overall, this is a fascinating read with a trove of information. Just take it with a grain of salt. 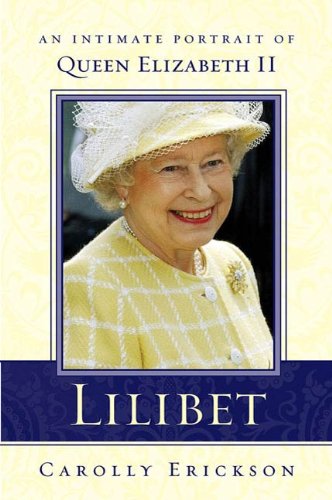 Lillibet: An Intimate Portrait of Elizabeth II by Carolly Erickson

Even though she's been queen for my entire life (and my mother's entire life), I know very little about Queen Elizabeth. Lillibet was a great read about a complicated person. The Queen had a charmed but very sheltered childhood with doting parents. Her adult life was much more difficult. Not only did she lose her father at a young age and become queen, but she also married her childhood crush, Prince Philip, who seems like a huge jerk. It was interesting how everyone in the Royal Family was against the marriage and young Elizabeth was the only one who didn't see his clear faults. I also was dismayed but not surprised to see how she ignored her children despite having very loving parents in King George and Queen Elizabeth. The book is quite soap-operish and gossipy, but that certainly keeps it interesting. On the whole, this is a very positive portrayal of the Queen. It doesn't ignore her mistakes and fault, but you can tell the author likes her. The Queen seems like a fun person to be around if you can ever get past her shell (and that's pretty hard to do). 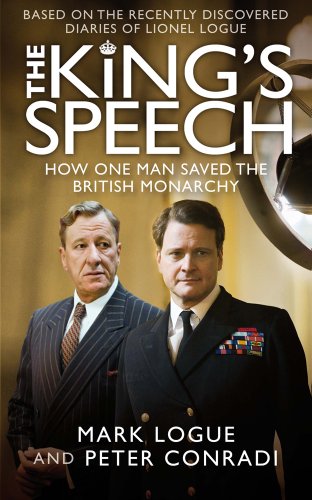 The King's Speech by Mark Logue and Peter Conradi

A companion book to one of the best movies I've seen in years. It is co-written by Lionel Logue's grandson and relies on a large stack of Lionel's journals and personal letters. The movie is definitely more for entertainment than reality, but the spirit of the friendship and devotion between the King and his speech therapist rings true in both works. We learn a great deal about the lives of both King George and Lionel Logue. Their relationship was much longer than indicated in the film. They began working together in 1926 in preparation for a big tour of Australis and the Duke saw results so quickly that he actually stopped treatment becaude he could do things on his own (instead of stopping treatment because of an argument as in the film). I was a little disappointed that their relationship was not as informal as in the film - I highly doubt Lionel ever called the King Bertie - but that did seem unrealistic. Regardless, their friendship was true. I developed a love for both men throughout the book and actually got teary when they passed away (within months of each other). Highly recommended.
Posted by Alison Can Read at 7:23 AM