No Going Back by Jonathan Langford

No Going Back by Jonathan Langford
2009; Zarahemla Books
-I received a copy of this book free from the author for review. 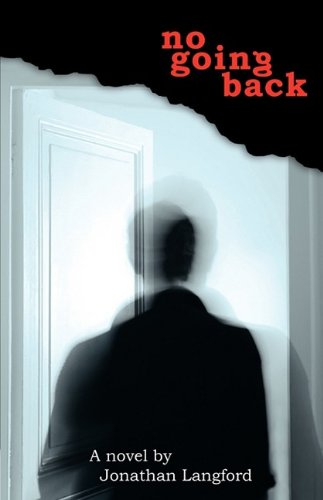 A gay teenage Mormon growing up in western Oregon in 2003. His straight best friend. Their parents. A typical LDS ward, a high-school club about tolerance for gays, and a proposed anti-gay-marriage amendment to the state constitution. In No Going Back, these elements combine in a coming-of-age story about faithfulness and friendship, temptation and redemption, tough choices and conflicting loyalties. (courtesy of Goodreads)

No Going Back is a brutal, raw, honest look at the difficulties faced by a gay Mormon teenager. Paul is a great kid. Quiet, obedient, a little nerdy, funny. He's the kind of kid that parents hold up as an example. He is an active member of the Mormon church. When he realizes that he's gay, he is faced with a truly horrible choice. Rightly or wrongly, you cannot be actively gay and be an upstanding member of the LDS church. Paul knows he's gay, but he also fervently believes in the tenets of the LDS church. Paul either has to deny his body or deny his soul.

Paul is the main character of this novel, but Paul's mother, best friend Chad, and Chad's parents also feature strongly in the book. The story is told from their alternating points of view. Paul slowly comes out to each of these characters. I enjoyed seeing how each reacted. It felt very real to me. Some were okay with it and some were horrified. All adjusted, but things were different.

I loved the interaction between Paul and Chad. This story is told largely through dialogue. I'm obviously not a teenage boy, but I think Mr. Langford perfectly captured a 15-year-old boy's voice. Reading about Paul, Chad, and their other friends hanging out whether at home or school was truly enjoyable. I loved how Paul and Chad messed with each other, trading barbs back and forth. It added bits of humor to an otherwise serious book. It also allowed them to discuss difficult issues, albeit in the uncomfortable, halting way that boys and men often do.

One of my favorite things about this book was that no viewpoint was glorified. We see various members of the LDS community exhibit homophobic behavior, but others who love and accept Paul unconditionally. Paul's friends in the Gay-Straight Alliance at school challenge him to accept being gay, yet have difficulty accepting Paul's beliefs as a Mormon. Neither group was immune from prejudice. I also didn't feel like I was being preached to. Considering that the characters' religious beliefs were frequently discussed, that's really saying something.

I have a few quibbles with the book, but nothing that makes it worth skipping. The plot was set around the 2003-04 Oregon gay marriage vote. I felt like not enough was done with that time frame. It was introduced but not fully explored. I also thought Sandy's (Chad's mom) story of personal discover, while interesting, did not contribute much to the novel.

My only real concern with this book is not a criticism. Rather, it's the inherent difficulty at marketing this novel. First, it's not really a young adult or an adult novel. The story is told from the viewpoints of adults and kids. The adult perspective was interesting to me, but I wonder if teens would be bored. Second, No Going Back is a very Mormon book. The LDS Church has its own culture with a unique vocabulary and events. No Going Back doesn't provide a glossary or explanation for things like seminary, a testimony, passing the sacrament, etc. If you're already familiar with the Church, this is great. You don't have to waste your time reading about things you already know. If you don't know much about the Church, it might be like diving into the deep end of the pool. However, I have read numerous reviews written by non-Mormons who didn't seem to have a problem with the cultural aspects. So maybe it's not that big a deal. I think this book is targeted toward a Mormon audience. People who would like it are probably fairly liberal Mormons - those who don't mind liberal use of cursing and having to consider ideas with which they might disagree.

I really enjoyed No Going Back. It deals with a very difficult issue that a lot of people have to face. It doesn't sugar-coat anything. There are no easy choices and no easy answers. There are no heroes and there are no villains. There are just a group of people trying to be good people, be true to themselves, and true to their beliefs and the aftermath when these things conflict.