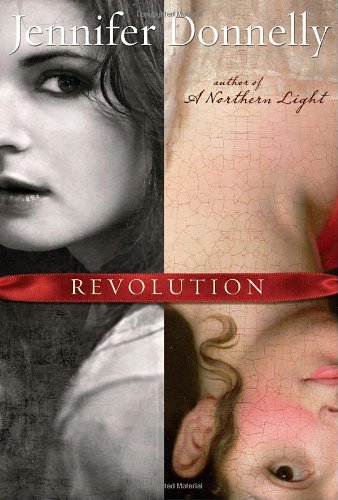 BROOKLYN: Andi Alpers is on the edge. She’s angry at her father for leaving, angry at her mother for not being able to cope, and heartbroken by the loss of her younger brother, Truman. Rage and grief are destroying her. And she’s about to be expelled from Brooklyn Heights’ most prestigious private school when her father intervenes. Now Andi must accompany him to Paris for winter break.

PARIS: Alexandrine Paradis lived over two centuries ago. She dreamed of making her mark on the Paris stage, but a fateful encounter with a doomed prince of France cast her in a tragic role she didn’t want—and couldn’t escape.

Two girls, two centuries apart. One never knowing the other. But when Andi finds Alexandrine’s diary, she recognizes something in her words and is moved to the point of obsession. There’s comfort and distraction for Andi in the journal’s antique pages—until, on a midnight journey through the catacombs of Paris, Alexandrine’s words transcend paper and time, and the past becomes suddenly, terrifyingly present. (courtesy of Goodreads)

Revolution is a must read for history lovers, music lovers, and contemporary fiction lovers. The book begins with Andi, a wealthy New York City senior in high school. She is angry at the world, particularly her father, and still devastated at the death of her brother a few years before. It sent Andi spiraling into a deep depression, which she treats with higher and higher doses of medication. Andi's father forces her to accompany him to Paris for Christmas break where she must work hard on her senior project to not fail out of school.

Andi's senior project seems boring at first. She is exploring how Mahlerbeau, a made-up composer, compares to and influenced modern music. He was the first composer to actively use atonal chords. The sections about Mahlerbeau become increasingly interesting as they become intertwined with the drama of the French Revolution and Alex's life.

In Paris, Andi discovers an ancient diary written by Alex, a girl about her age at the height of the French Revolution. The book now switches between Andi and Alex lives. Alex was from a poor family that lucked out and functioned as court jesters for the royal family. Alex became especially close to little Louis XVII. Much of the diary details her increasingly dangerous attempts to do anything to bring happiness to the imprisoned little boy.

Meanwhile, we get to read about Andi's life. Like Andi, her parents are in a downward spiral. Her father throws himself into work and his new girlfriend, and her mother has been hospitalized for severe depression. Andi is staying with her parents' friends. G is a huge revolution fanatic. He is on the verge of identifying little Louis XVII's heart. We even get some love in this story. Andi meets Virgil, a talented musician and local cab driver. He comes from a very different background than Andi, but is upbeat and hopeful where she is desolate. He brings happiness into her life.

I love the voice in this book. Andi is depressed and bitter, which makes her hard to read - I definitely would not read this book on a day when you need to be cheered up. But I love Andi's dry wit and her skeptical outlook on life. Even though she isn't a joy to be around, I understood her pain and felt that her voice was reasonable given her story. I loved her friend Vijay and his "mom-isms." They were a little too frequent and smartly witty to be real, but they were enjoyable nonetheless.

My favorite voice was Alex. It is so, so difficult to do historical fiction well. Often, the author writes in a flowery style to fit the time period. This sets the atmosphere but does so at the expense of readability. Alex's voice was just as stark and clean as a modern character yet it didn't feel out of sync for its time. Rather, I was sucked into the story of a devastated young woman living in a terrible time. I wish more authors realized that a book can still feel "historical" without using fancy, stilted speech and spending inordinate amount of time describing the scenery.

Revolution was a beautiful, well-written book. It's a little long, but once you get into it, you'll savor every page.