I've been doing Manga Mondays every week since I started my blog almost 5 years ago. It started out as a personal feature, but I decided to turn it into a meme last year. There are quite a few people who do Manga Mondays. I don't claim by any means that I owned or created the idea of Manga Mondays - it's an obvious choice given the alliteration. I think a meme is a great way for everyone to publicize their own Manga Mondays and get a little more publicity. 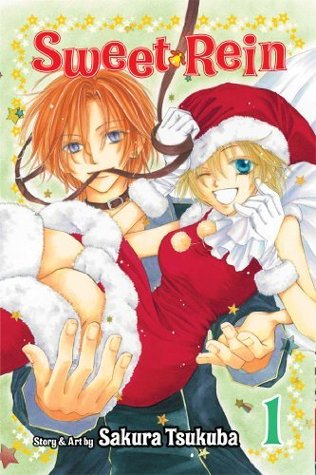 Sad at the thought of spending Christmas alone, Kurumi Sagara goes out for a walk. While she’s crossing the street, a boy bumps into her, and a rein suddenly appears that binds them together. The overjoyed boy tells her she’s his master and that she’s a Santa Claus. Kurumi dismisses him as a crazy person, but then he transforms into a reindeer?! (courtesy of Goodreads)


What a cute manga. Ostensibly, the plot is really creepy. This random guy comes up to Kurumi, says she's Santa Claus, and he turns into a reindeer. Creepiest of all, he is her complete slave. He comes whenever she calls and will do whatever she wants. The servitude can only be broken with a kiss.

Surprisingly this comes off as sweet not weird. Kaito is like a big puppy dog. He's incredibly excited to be Kurumi's slave. That is slightly less icky than it otherwise would be when put into context. In Kaito's family tradition, it is the greatest honor to serve as a reindeer to a Santa Clause. His grandfather loved being with his Santa each Christmas. Plus he knows that many reindeer spend their entire lives looking for their Santa soul mate and never find him/her. So I can see Kaito's eagerness. I believe this is only a three volume series. I wonder if it was long if Kaito'd have more of a problem.

This volume follows Kurumi's slow realization that she is Santa and her acceptance and even joy at becoming so. Kaito quickly goes from being an annoyance to a friend to the potential of something more. Kurumi also gets to realize how good it feels to be able to help people as Santa. To bring joy into their lives.

A feel good manga. I can't wait to read more.