GIVEAWAY! Half Bad by Sally Green

Half Bad by Sally Green

Wanted by no one.
Hunted by everyone.

Sixteen-year-old Nathan lives in a cage: beaten, shackled, trained to kill. In a modern-day England where two warring factions of witches live amongst humans, Nathan is an abomination, the illegitimate son of the world's most terrifying and violent witch, Marcus. Nathan's only hope for survival is to escape his captors, track down Marcus, and receive the three gifts that will bring him into his own magical powers—before it's too late. But how can Nathan find his father when there is no one safe to trust, not even family, not even the girl he loves?

Half Bad is an international sensation and the start of a brilliant trilogy: a gripping tale of alienation and the indomitable will to survive.

Half Wild by Sally Green

"You will have a powerful Gift, but it’s how you use it that will show you to be good or bad."

In a modern-day England where two warring factions of witches live amongst humans, seventeen-year-old Nathan is an abomination, the illegitimate son of the world's most powerful and violent witch. Nathan is hunted from all sides: nowhere is safe and no one can be trusted. Now, Nathan has come into his own unique magical Gift, and he's on the run--but the Hunters are close behind, and they will stop at nothing until they have captured Nathan and destroyed his father.

Sally Green lives in north-west England. She has had various jobs and even a profession, but in 2010 she discovered a love of writing and now just can’t stop. She used to keep chickens, makes decent jam, doesn't mind ironing, loves to walk in Wales even when it's raining, and will probably never jog again. She really ought to drink less coffee. Half Bad is her first novel.

In celebration of the release of the paperback version of Half Bad on January 13 and the sequel, Half Wild, release on March 24, you have the chance to win a great Winter Witches Brew prize pack.

Brew a winter concoction to settle in and read Half Bad before the release of Half Wild! 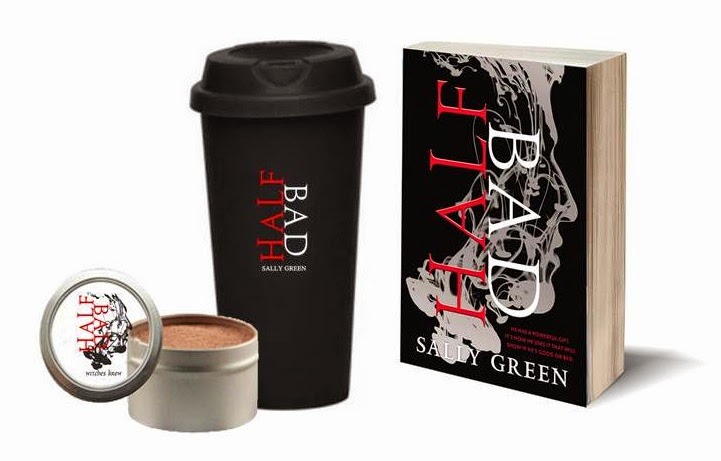 · a branded tumbler and hot chocolate,

Here's How to Buy Half Bad!