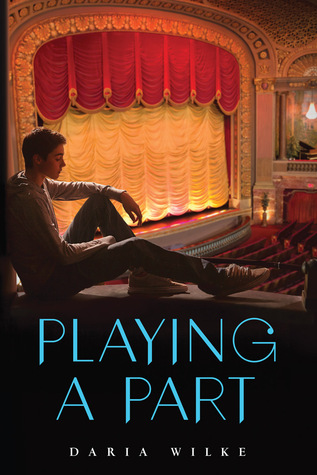 
I've never read any Russian YA fiction. I'm interested both in the plot and the opportunity to learn a bit of Russian culture.


In June 2013, the Russian government passed laws prohibiting "gay propaganda," threatening jail time and fines to offenders. That same month, in spite of these harsh laws, a Russian publisher released Playing a Part, a young adult novel with openly gay characters. It was a brave, bold act, and now this groundbreaking story has been translated for American readers.

In Playing a Part, Grisha adores everything about the Moscow puppet theater where his parents work, and spends as much time there as he can. But life outside the theater is not so wonderful. The boys in Grisha's class bully him mercilessly, and his own grandfather says hateful things about how he's not "masculine" enough. Life goes from bad to worse when Grisha learns that Sam, his favorite actor and mentor, is moving: He's leaving the country to escape the extreme homophobia he faces in Russia.

How Grisha overcomes these trials and writes himself a new role in his own story is heartfelt, courageous, and hopeful.
Posted by Alison Can Read at 12:00 AM